More than a Medical Issue: AIDS in Black America

From the beginning something was missing.

African Americans, who comprise 13% of the US population, account for 43% of all new HIV infections. Furthermore, the rate of HIV infections among Black men is approximately seven and a half times higher than that of white men, and for Black women, it is nearly 20 times higher than their white counterparts. These staggering statistics from the 2010 HIV Surveillance Reportby the Centers for Disease Control and Prevention beg the question: Why is Black America so affected by HIV/AIDS and what is being done to address the issue?

FRONTLINE's ENDGAME: AIDS in Black America explores HIV/AIDS beyond the medical and through a social lens. Watch the featured clip below as an introduction to how race and HIV/AIDS have been historically linked.

Then tell us what you think. How do you view the efforts around HIV/AIDS education and prevention in Black America today?

Remember: Be honest. Be bold. Be you. However, we also ask that you be courteous and stick to the issues. No personal digs. We want everyone to feel comfortable participating. And if you go there, we won't be afraid to take your comment off here. That simple. Now, let's talk! 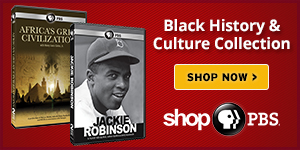