What Does It Mean to Embrace Your History?

The phone rang on Tuesday night after the airing of Genealogy Roadshow.  It was my father. I could hear the concern in his voice, while picturing his face -- one eyebrow raised and his fingers running through his curly gray hair.

“Why are all the black folks on Genealogy Roadshow so sad?,” he asked.

“Dad, I am talking about slavery, lynching and death.”

As I thought about what I had just said, I realized that those painful and shameful topics are what I deal with on a daily basis as a genealogist specializing in African American history.

African American genealogical research is challenging because of slavery, but it is not impossible.  Most believe that our records were lost because we were slaves or that the records simply don’t exist.  This is not true. Slaves were property and as property they generated very accurate records.  In order to find our records, we have to find the last slave owner to find the paper trail.  Even as I type the word - “owner” - it seems so foreign to me.

I have been researching African American genealogy for over seventeen years so I should be used to all of the terms associated with Slaves, but I am still shocked by what I learn and read every day.  As a lawyer, I normally try to separate emotion from a situation, but when I find a bill of sale or a will listing my ancestor as a piece of property like a desk or a chair, I have to reach deep down into my soul and keep moving along with my work. 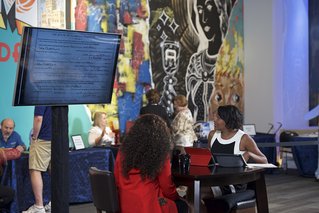 Melissa McNeil and Kenyatta BerryCourtesy of Roberto ValladaresDuring a recent segment in Miami of Genealogy Roadshow, I was wrapping up with the guest and I was revealing a very sad part of our nation’s history.  And that day, I couldn’t keep it moving.  I looked up at the guest and was overwhelmed by emotion. It’s hard to be black in America.  I couldn’t stop myself and the tears flowed. They flowed for every person whose story I have revealed in the past seasons. They flowed for my ancestors and the ancestors of the guest.

When Roots originally aired in 1977, it changed genealogy and sparked a renewed interest in understanding our ancestry and family history.  With the reboot of Roots, we are able to tap into a new generation and again spark an interest in family history.  Genealogy is the #2 hobby in the United States and even considered a television genre. Over the past few years we have seen America confront the peculiar institution known as slavery with 12 Years a Slave and the new show Underground and PBS’ Mercy Street.

While slavery is incredibly painful for African Americans and America it is part of our past. It is our history. 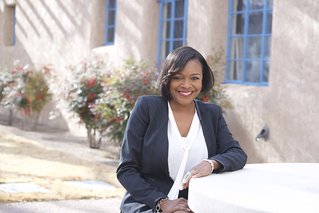 Kenyatta D. Berry Courtesy of Liz LopezKenyatta D. Berry’s ancestors were slaves in Alabama, Arkansas, Louisiana and Virginia.  Her 4th great grandfather, Lewis Carter, was born a slave in 1820 and after slavery was abolished, he was a sharecropper for Dr. John W. Taylor of Madison County, Virginia.

Kenyatta Berry is a genealogist, businesswoman and lawyer with more than fifteen years of experience in genealogical research and writing. A native of Detroit, Ms. Berry graduated from Bates Academy, Cass Technical High School, Michigan State University and Thomas M. Cooley Law School. She began her genealogical journey while in law school and studying at the State Library of Michigan in Lansing. Ms. Berry has deep roots in Detroit; her ancestors have lived in Detroit since the late 1920’s.

Berry is the past president of the Association of Professional Genealogists (APG) on the Council of the Corporation for the New England Historic Genealogical Society (NEHGS) in Boston.  A frequent lecturer and writer, her area of focus is African Americans and Slave Ancestral research.  Ms. Berry is an avid Detroit sports fan and loves to watch the Lions, Tigers and Red Wings from her home in Santa Monica.

We'd like to know what you think. Share your thoughts in the comment box below. Remember: Be honest. Be bold. Be you.  However, we also ask that you be courteous and stick to the issues. No personal digs. We want everyone to feel comfortable participating. And if you go there, we won't be afraid to take your comment off here.  That simple. Now, let's talk!