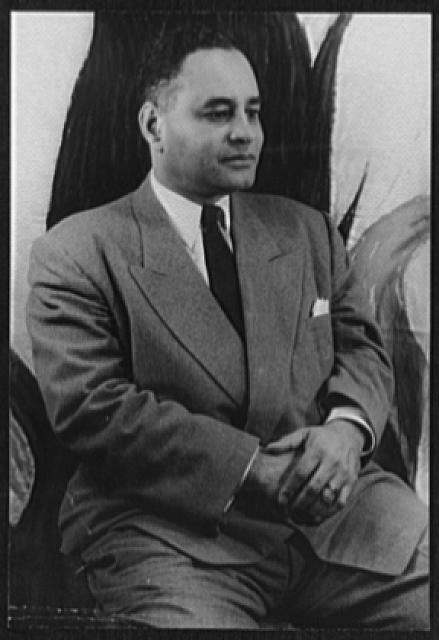 In 1950, Dr. Ralph Bunche was awarded the Nobel Peace Prize for his successful mediation of a ceasefire between four Arab nations and the State of Israel— the first time that all parties in the conflict ever signed armistice agreements with Israel. Consequently, his success made him a symbol of racial progress in a segregated America.

Born in 1903, Bunche would come to live his whole life practicing his personal creed of mediation over open conflict. This was the defining feature of his world-view and his actions as he delegated in the UN and as he marched as a Civil Rights Activist.

During his Nobel Peace Prize lecture in Oslo, Norway, Bunche said: ‘The United Nations exists not merely to preserve the peace but also to make change—even radical change—possible without violent upheaval. The United Nations has no vested interests in the status quo. It seeks a more secure world, a better, world, a world of progress for all peoples. In the dynamic world society which is the objective of the United Nations, all people must have equality and equal rights.’

To learn more about Dr. Bunche’s life, politics, work, activism, and tenure, visit Ralph Bunche: An American Odyssey to move through photo galleries, videos and timelines of his life.

And then tell us what you think. Where do you see Bunche’s personal creed at work today?

Remember: Be honest. Be bold. Be you. However, we also ask that you be courteous and stick to the issues. No personal digs. We want everyone to feel comfortable participating. And if you go there, we won't be afraid to take your comment off here. That simple. Now, let's talk!