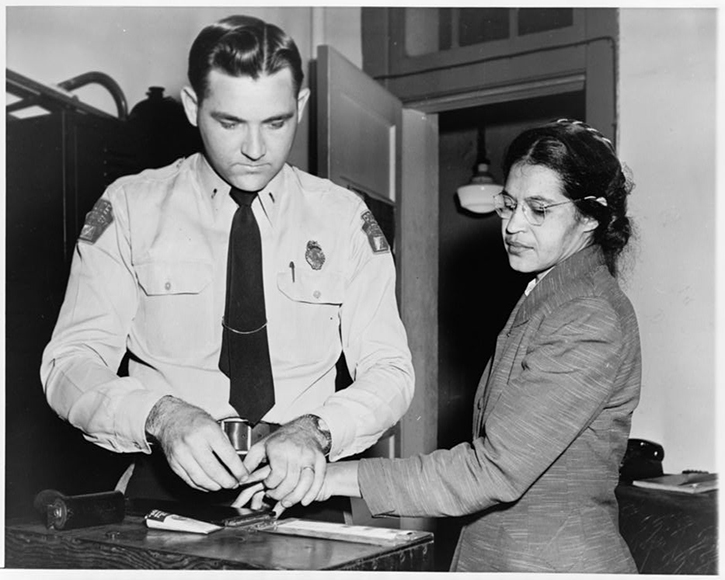 December 1, 1955: Rosa Parks refuses to give up her seat to a white passenger, leading to her arrest and sparking one of the most influential civil rights protests in our nation's history: The Montgomery Bus Boycott. The boycott lasted 381 days and captured the worlds attention.  For many, this day became a symbolic start to the civil rights movement.

"… when the policeman approached me, one of them spoke and asked me if the driver had asked me to stand, and I said yes. He said, 'Why don't you stand up?' I said, 'I don't think I should have to stand up.' And I asked him, I said, 'Why do you push us around?' He said, 'I do not know, but the law is the law, and you're under arrest.' - Rosa Parks, recalling the events of Dec 1, 1955

Revisit all the events leading up to the boycotts through American Experience's acclaimed "Eyes on the Prize" series, including photos and press during the boycott.

We'd like to hear your thoughts below.
Remember: Be honest. Be bold. Be you. However, we also ask that you be courteous and stick to the issues. No personal digs. We want everyone to feel comfortable participating. And if you go there, we won't be afraid to take your comment off here. That simple. Now, let's talk!
|  Want more? Visit American Experience's Eyes on the Prize.