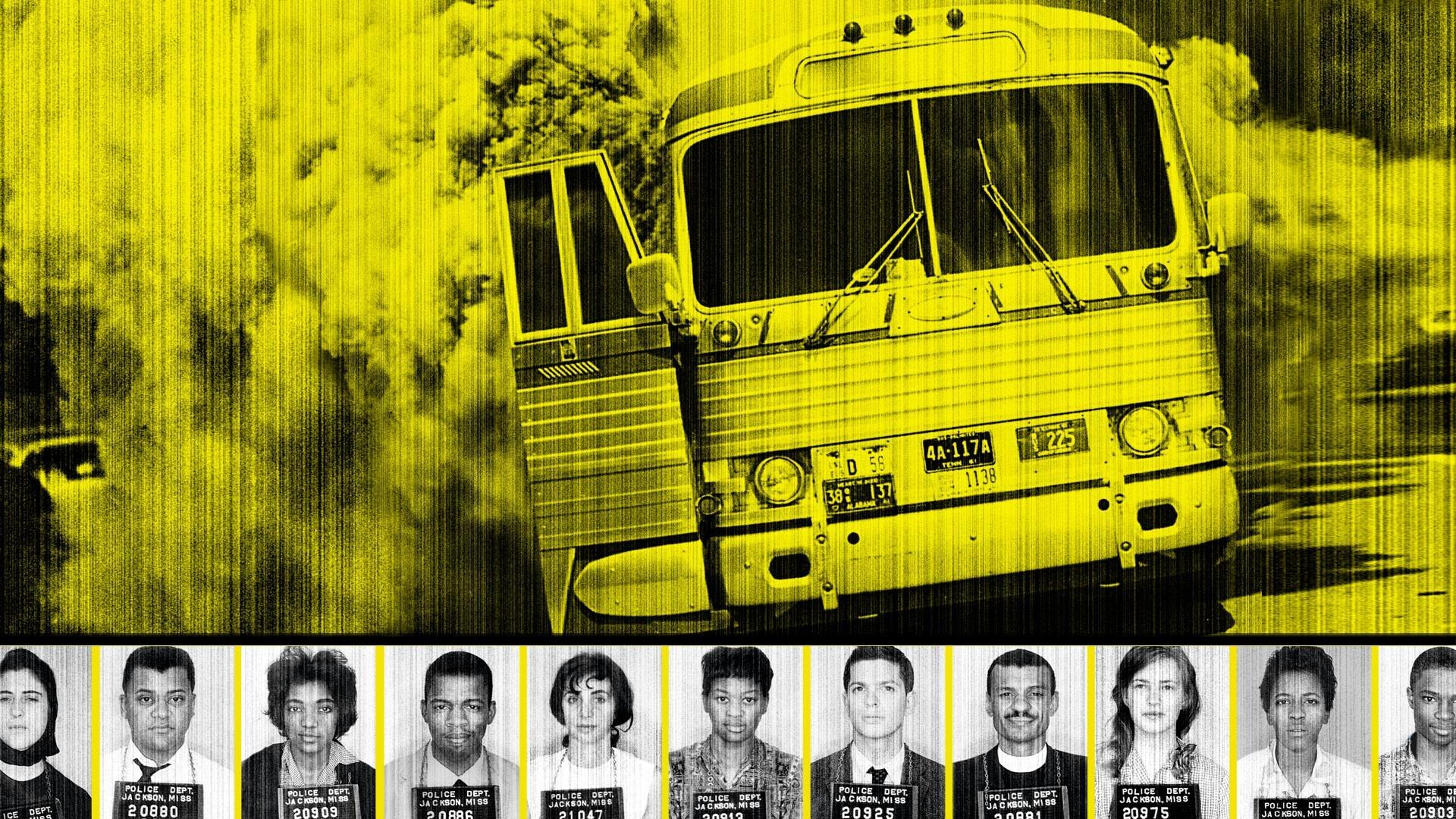 Documentaries can open windows to our past. Through the lens of talented filmmakers, we can re-live iconic moments in history like the 1963 March on Washington or climb aboard a Greyhound bus to join the Freedom Riders on their journey through the Jim Crow South. Documentaries offer rich insight into our society and culture, connect us to some of our proudest and most shameful moments in American history, and remind us of how far we’ve come. What follows is a list of powerful documentaries exploring Black history and culture in America.

The African Americans: Many Rivers to Cross

This Emmy Award-winning series premiered in 2013 and looks at more than just Black history, it explores Black identity and what it means to be an African American in the U.S. today.  Unveiling different religious and social perspectives, a multiplicity of cultural perspectives, and the evolution of the African American people, this series spans five hundred years and two continents as Professor Henry Louis Gates, Jr. takes viewers on a journey of the Black experience throughout the United States. On the way, he visits historic sites, engages in passionate debates with America’s top historians on African American history, and interviews eyewitnesses who have been on the frontlines of change.

Throughout the series, Dr. Gates highlights tragedies, triumphs and contradictions throughout Black history, revealing that the African American community has never been a uniform entity and sheds new light on what it means to be African American.

Learn more about The African Americans: Many Rivers to Cross.

Preview | The African Americans: Many Rivers to Cross

Based on Raymond Arsenault's book Freedom Riders: 1961 and the Struggle for Racial Justice, this two-hour documentary tells the story of the summer of 1961 when more than 400 Black and white Americans risked their lives traveling together in the segregated South to protest segregation. Committed to the cause of justice and determined to attract attention to the pursuit of civil rights, they boarded buses and trains, calling themselves “Freedom Riders.”  Deliberately violating Jim Crow laws, the Freedom Riders were met with bitter racism and mob violence along the way. Still, they continued to ride and find new ways to sustain and expand the movement.

Featuring testimony from the Freedom Riders themselves, government officials, and journalists who witnessed the Rides firsthand, this documentary gives viewers a front row seat to the Rides that changed history. "The lesson of the Freedom Rides is that great change can come from a few small steps taken by courageous people,” says filmmaker Stanley Nelson, “And that sometimes to do any great thing, it's important that we step out alone."

Slavery by Another Name

Did Slavery really end with the Civil War? The documentary Slavery by Another Name explores how in the years following the Emancipation Proclamation, systematic approaches were taken to re-enslave newly freed Blacks in the United States. This system included new brutal methods of forced labor in which men were arrested and forced to work without pay, bought and sold, and coerced to do the bidding of masters.

Spanning the 60 years following the Civil War, this 90-minute documentary includes interviews with key Black history scholars like Khalil Muhammad, Mary Ellen Curtin, Risa Goluboff and Adam Green, in addition to moving reactions from descendants of both victims and perpetrators of the forced labor system. Giving voice to the thousands of victims from this period, Slavery by Another Name will challenge assumptions that slavery ended 150 years ago.

Learn more about Slavery by Another Name.

Watch | Slavery by Another Name

Eyes on the Prize

For the preeminent documentary series on the Civil Rights Movement, look no further than Eyes on the Prize. When it premiered on television in 1987, The Los Angeles Times called it “an exhaustive documentary that shouldn’t be missed.” This award-winning series covers all of the major events of the Civil Rights Movement from 1954-1985, including the Montgomery bus boycott in 1954, the Voting Rights Act in 1965, the birth of the Black Power Movement, and the courageous acts of the crusaders that contributed along the way.

Narrated by political and civil rights leader Julian Bond, the 14-hour series combines historical footage and contemporary interviews with key figures of the period; Reverend Ralph Abernathy, Coretta Scott King, Kwame Ture (also known as Stokely Carmichael), and George Wallace have died since its release.  Not only does this series serve as a comprehensive resource in this extensive history, it acts to preserve their testimonials for future generations.

The Black Power Mixtape tells the story of the Black Power Movement through the eyes of Swedish journalists. Drawn to America in the late 1960s by stories of revolution and urban unrest, the journalists recorded interviews with activists like Stokely Carmichael, Bobby Steale, Angela Davis and Eldridge Cleaver. Thirty years later, this interview footage was found in the basement of Swedish Television and was brought to life by Director Göran Olsson and co-producer Danny Glover.

Set to music by Questlove and Om’Mas Keith, the filmmakers use the original interviews mixed with images and commentary from African-American artists and activists who were influenced by the struggle such as Erykah Badu, Harry Belafonte, Talib Kweli and Melvin Van Peebles. Together they tell the story of The Black Power Movement and how it not only changed the Civil Rights Movement, but how it changed America - forever.

Soundtrack for a Revolution

Taking a fresh approach to the story of the American Civil Rights Movement, Soundtrack for a Revolution features the powerful music from the movement. Focusing on the freedom songs sung by protesters on picket lines, in mass meetings, in paddy wagons and in jail cells, this film celebrates the vitality of the music and the infectious energy that it provided.

Freedom songs evolved from slave chants, the labor movement, and from the Black church, and were a vital tool as protestors stood up against adversity. They energized and empowered them, enabled them to sing the things they couldn’t say, and allowed them to meet aggression with dignity and non-violence. Written and directed by Bill Guttentag and Dan Sturman, this 2009 documentary brings songs of the movement back to life again through new performances by top artists, including John Legend, Joss Stone, Wyclef Jean, and The Roots.

Learn more about Soundtrack for a Revolution  |  Watch on Amazon

Preview | Soundtrack for a Revolution

Dark Girls is an emotional exposé on what it means to be dark skinned in America. Filmmakers D. Channsin Berry and Bill Duke capture moving interviews with women who open up about their experiences being dark, Black women in America. They share painful stories about things their mothers, sisters and friends have said, in addition to what they’ve taken away from mass media. Overwhelmingly these interviews reveal the same thing: To them, Black is not beautiful.

In an effort to learn more about the concept of Black beauty, the filmmakers reach both in and outside the Black community to seed conversations that reveal deep-rooted biases about race. Combining these emotional interviews with historical context and well-known psychological studies, the film sheds light on the perceived biases of “dark versus light,” and its ultimate aim to help people see that Black is beautiful.

The Black List: Volume One features interviews from a variety of voices in contemporary Black America using a technique where the interviewer is never seen or heard on camera. The result is a living portrait of stories from leading voices across a variety of disciplines including arts, sports, politics, business and government. The vision of portrait photographer/filmmaker Timothy Greenfield-Sanders with acclaimed journalist and public radio host Elvis Mitchell, was to create a film in response to the negative connotations associated with the word “Black” in western culture.

The interviews created an HBO documentary, a museum exhibition of photographic portraits, a book of those portraits, and an interactive educational program.

Breaking The Huddle: The Integration of College Football

The HBO documentary Breaking the Huddle explores civil rights through the lens of football. Looking at the impact of the Civil Rights Movement and football programs at Historically Black Colleges and Universities, the story culminates with the historic September 1970 game when the all-white University of Alabama Crimson Tide faced off against the fully integrated University of Southern California Trojans. Alabama’s crushing defeat under legendary head coach Paul "Bear" Bryant by USC’s star African American running back, Sam "Bam" Cunningham, is considered the game that changed college football in the South.

More than a Month

In this 2012 documentary, African American filmmaker Shukree Hassan Tilghman sets off on a journey across America asking the question “Should Black History Month be ended?” Tilghman searches to learn more about race and power in contemporary America by interviewing experts at revered organizations around the country in addition to everyday people he meets along the way during his journey.

Using cinema verité, man-on-the-street interviews, and dramatizations to understand the implications of Black History Month, More Than a Month is both an amusing and thought-provoking look at what the treatment of history tells us about race and power in the United States. Through all this, Tilghman explores what it means to be an American and the universal endeavor to find one’s self.

Learn more about More than a Month | Watch on Amazon

Preview | More Than A Month

BONUS | Through a Lens Darkly: Black Photographers and the Emergence of a People

Inspired by the book Reflections in Black by Deborah Willis, Through a Lens Darkly explores the Black experience through photographs. Cameras have been used for over a hundred years as tools for social change, but in this documentary filmmaker Thomas Allen Harris explores how they have affected Blackness in America.

Using his only family album, historical images and photographs from Black luminaries like Carrie Mae Weems, Lorna Simpson, and Anthony Barboza, Harris investigates the way Black photographers and their subjects have used the tool to both demean and empower African Americans. A powerful look at the history of race relations, representation, and popular culture, this documentary illustrates the powers of creativity through the lens of talented photographers.

Learn More about Through a Lens Darkly

Preview | Through a Lens Darkly

Join us in February and all year long as we celebrate Black history and all its facets. From musical performances to Oscar-nominated documentaries to profiles of individuals who forged new paths in science, civil rights, sports, and so much more.

How Did James Brown Invent Funk?

Learn about the musical ingredients he use to create a whole new sound.

What I Hear When You Say

Explore how words can both unite us and divide us, depending on our own perspective.

Explore Black American culture and its impact on broader communities and trends.