Throughout her career as co-founder of the iconic Ben’s Chili Bowl in Washington D.C., restaurateur Virginia Ali has witnessed Civil Rights protests, met with famous celebrities on “Black Broadway” and has earned the keys to the city. 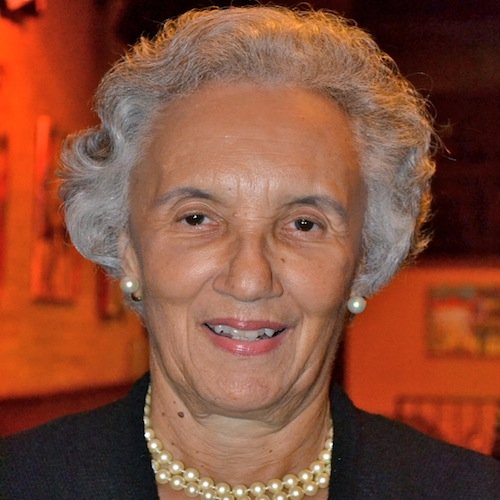 Virginia Ali and her husband Ben founded the world famous Ben’s Chili Bowl in Washington, D.C. in 1958. The U Street Corridor of D.C., where Ben’s Chili Bowl is located, was known as “Black Broadway” because top performers would play sets in bars and theaters in the area, and they would usually eat and hang out at Ben’s. Such celebrities include Duke Ellington, Ella Fitzgerald, and Bill Cosby. During the Civil Rights Movement, “The Bowl” was a hangout place for activists and even Martin Luther King, Jr. paid a couple of visits. Mrs. Ali has served on the Board of Directors for many organizations over the years including For Love of Children. She and her husband have been inducted into the D.C. Hall of Fame in 2002 for their landmark restaurant’s role in many important D.C. historical events. In 2004, Ben’s Chili Bowl received the “American Classic’s Restaurant Award” from the James Beard Foundation. On August 22, 2008, Ben’s Chili Bowl celebrated its 50th anniversary and Ben and Virginia were awarded the Key to the City by Mayor Adrian Fenty for their entrepreneurship and significant contribution to the spirit of U Street and history of Washington D.C.

|View Photogallery by NewsHour     |Watch a Segment by WETA

We're not your typical restaurant.  My husband [Ben Ali] came up with the idea.  We sell chili con carne, burgers.  There's only one person who makes the chili for us; she's been making it for 37 years now.  [Ben] had worked in restaurants all of his undergraduate life and learned the business.  Then he had a serious back injury and couldn't complete Howard University's dental school.  We opened here on U Street, and though the area was still segregated, it had a thriving African American community and it was the place to start a business if there was a place open.  It's called black Broadway because of the three theaters, jazz clubs and all the restaurants.  I think [Ben] was inspired by many of the chefs he worked with; he learned the business through the people he worked with during his college career.

I think that's changing a bit but it's certainly very hard work and it requires capital to even get started.  It's labor intensive.  It's confining.  It's one of those things where you really have to love what you do to be able to do it successfully.

What do you think it will take both raise the profile and increase African American's representation in the field?

A few years ago on a show called Hell's Kitchen, about 4 or 5 years ago, a young African American won.  He came here after he completed his assignment [for the show] and assisted in setting up Ben's Next Door.  This young man is certainly an inspiration to my son and the chefs that he trained while he was here.  He was quite an inspiration to many people.  I think [more African American ambassador chefs] would be wonderful.  I think there has been some change, but I don't know of a whole lot.  It's certainly a wide open field for African Americans.  You have to have a passion for cooking; real chefs seem to have that passion very early on in life.  I know professionals who have gone into their profession, such as law, and then have become cooks.  I think it's become a profession with a lot of pride now.  If the economy changes and there's enough support out there for restaurants, particularly African American [run] restaurants, then I think we will see more, but it takes all of that to make any business work.

Did you notice any of these themes?
Ben's Chili Bowl's Virginia Ali is one of 15 culinary insiders that we interviewed as part of a special feature on Black chefs. We identified four themes that surfaced across many of their responses and in our research. Did you notice any? Select a theme to learn more.
* The Facts vs. The Facts
* Perceptions of the Industry
* The Relevance of Color
* Exposure
comments powered by Disqus
Providing Support for PBS.org Learn More
Providing support for PBS.org Close X