A self-made chef who has climbed his way to the top, working as a private chef for famous stars including Russell Simmons and appearing on Top Chef. 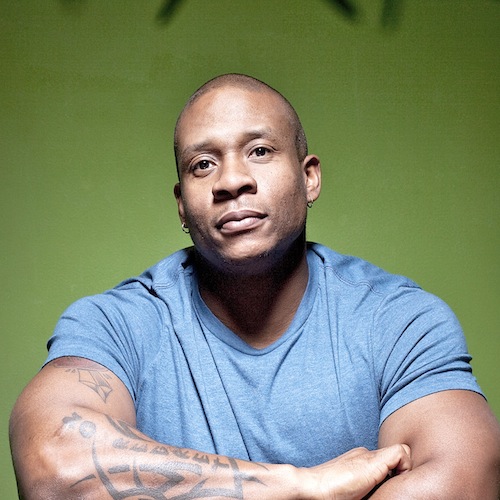 Chef Tre Wilcox began his culinary career at the age of 17 in fast food. He worked his way up through famous restaurants such as Toscana and Abacus (going from grill cook to sous chef to chef de cuisine). Chef Tre has won numerous local and national awards and was nominated as the James Beard Foundation’s Rising Star Chef for two consecutive years. He appeared on Top Chef: Season 3 and Iron Chef America. He has also freelanced as a private chef (cooking for Russell Simmons and Jerry Stackhouse), and in May of 2011, opened a restaurant in Dallas, Texas called Marquee Grill in which he applies his famous disciplined approach to cooking.

I have a lot of respect of some chefs that I've worked with who have inspired to be more detail oriented. One is Curtis Duffy, chef and owner of Grace Restaurant in Chicago.  He's always driven me to entertain guests with textures and colors.

I have no answer for why. There's countless opportunities in this industry and any genre of person is able to go into it.  [If a person] comes into a household where food is a synergy, it's easy for chefs to be cocooned right there at home.  Maybe in the African American community, we have forgotten about the sit-down dinner and taken the more comfortable route of forgetting what you're going to feed your children and your family.

Chef Tre Wilcox is one of 15 culinary insiders that we interviewed as part of a special feature on Black chefs. We identified four themes that surfaced across many of their responses and in our research. Did you notice any? Select a theme to learn more.