Creative, thoughtful and delicious recipes have made Sanura one of The Root's"30 Black Bloggers You Should Know" and a finalist in the Black Weblog Awards for MyLifeRunsOnFood. 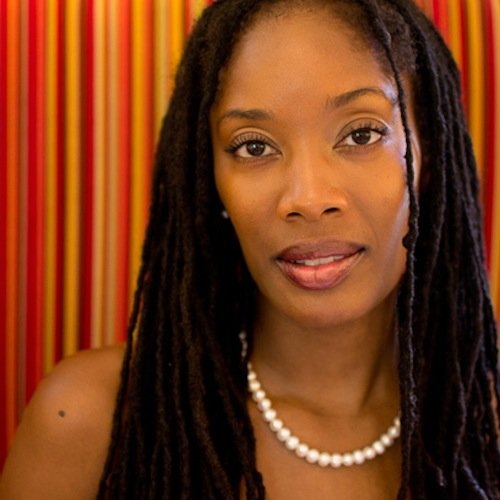 Sanura Weathers is a Food Blogger at My Life Runs on Food and an Online Editor at Kwanzaa Culinarians. Using her experiences as an Online Content Manager/Editor, Food Writer, Social Media Manager and Graphic Designer, Sanura creates a visually appetizing food blog redefining comfort and traditional recipes with a healthy twist!

Raised and inspired by a father who cooked traditional southern food, and around family who cooked locally using seasonal ingredients, Sanura presents a side of traditional African American cuisine that is fresh, healthy and delicious.

Her blog has been recognized by many as one of the best food blogs of 2012, including by PBS. Three of our favorite recipes among the dozens and dozens of tasty dishes are: Linguine with Clams and Shrimp, Plum Cardamon Chicken Wings, and Honey Peach Ice Cream.

Edna Lewis is one of the many chefs and home cooks inspiring my knowledge about Southern food. Every time I read an article portraying Southern food as unhealthy, my heart feels a slight pinch. Traditionally, most Southern dishes considered unhealthy were only enjoyed around the holidays or to celebrate an occasion. Today, people eat it every day, and they’re not connecting the food with the source. When I read Lewis’ book, The Taste of Country Cooking, I learned Southern food is the original ‘farm to table,’ cooking by the season cuisine.  After reading her book, she inspired me to talk to my grandmothers about growing up on a farm. And, I recalled how my grandparents had a yard full of collard greens--seeds they carried with them from Arkansas to California. My Uncle and Aunt had a huge backyard garden of Southern vegetables, and my Aunt canned every fruit and vegetable (She’s the reason why I prefer not to buy store-bought pickle vegetables). Thanks to Edna Lewis, she influenced me to learn more about the health benefits of Southern Food and connect more with my grandparents.

Au contraire... there’s a lot of African-Americans and especially Latinos in the food industry--from washing dishes to starting community gardens to being executive chefs at influential restaurants to being entrepreneurs as a restaurant owner or owning a food label, but they’re not being recognized for their achievements outside their community.

There are many great cooks and chefs recognized in their own communities. However, they’re rarely recognized by the mainstream media. I recently went to a book reading of a chef, and s/he mentioned, certain food critics aren’t ‘pounding the pavement’ enough, because they’re interested in only exploring restaurants in trendy neighborhoods. It’s a great observation to why it’s difficult to increase the presence of more African Americans in the culinary industry. Perhaps, mainstream journalists could look beyond their own social circles. As mentioned above, there’s a lot of great cooks recognized among their peers and in their communities. Perhaps, it’s time these circles overlap to find new talent and share ideas.

Blogger Sanura Weathers is one of 15 culinary insiders that we interviewed as part of a special feature on Black chefs. We identified four themes that surfaced across many of their responses and in our research. Did you notice any? Select a theme to learn more.