This multi-faceted restaurateur, lifestyle expert and SiriusXM Radio co-host with husband Dan Gasby juggles it all with her motto: “Whatever you do, do it with style”. 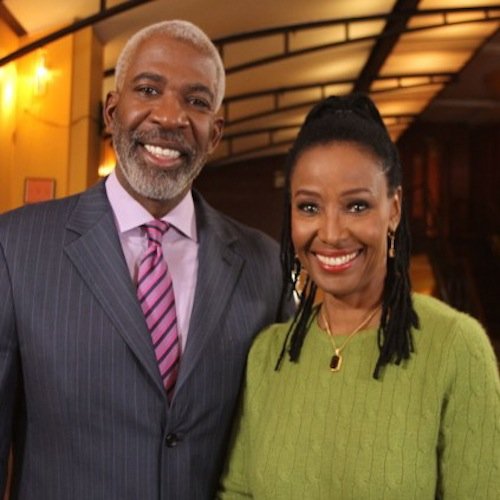 B. Smith is an iconic restaurateur, author, and pioneering transcultural lifestyle expert who merges cultures through a shared appreciation for style. She has been heralded by The New York Times as “a Renaissance woman,” by Chuck Scarborough as a “domestic goddess,” by The New York Daily News as “one of the most important African-American style mavens of all time,” and honored with a 2012 Silver Spoon Award for sterling performance by Food Arts. Much sought after for her expert style advice, B. Smith is a connoisseur of home entertaining and proudly owns and manages three iconic "B. Smith" restaurants in New York, Washington D.C. and the Hamptons.

Who inspired your generation of chefs/restaurateurs, and what effect did they have on you personally?

Dan Gasby answers: Most African Americans in the hospitality business --- be they chefs, sous chef or restaurateurs --- don't have a lot of role models to choose from! There are a few out there but by and large they are motivated to enter the culinary industry because of  relatives who have inspired them or even the proliferation of food shows on TV.

Dan Gasby answers: It will take big institutions like the military where there are merit based promotions. The Armed Forces have Human Resource Departments where you see far more opportunity for African-Americans, Latinos and women than in any other organization I am aware of.

Did you notice any of these themes?
Restaurateur B. Smith (along with her husband Dan Gasby) is one of 15 culinary insiders that we interviewed as part of a special feature on Black chefs. We identified four themes that surfaced across many of their responses and in our research. Did you notice any? Select a theme to learn more.
* The Facts vs. The Facts
* Perceptions of the Industry
* The Relevance of Color
* Exposure
comments powered by Disqus
Providing Support for PBS.org Learn More
Providing support for PBS.org Close X