Celebrity Chef Sbraga made waves in the industry by being the first African American to win Top Chef. 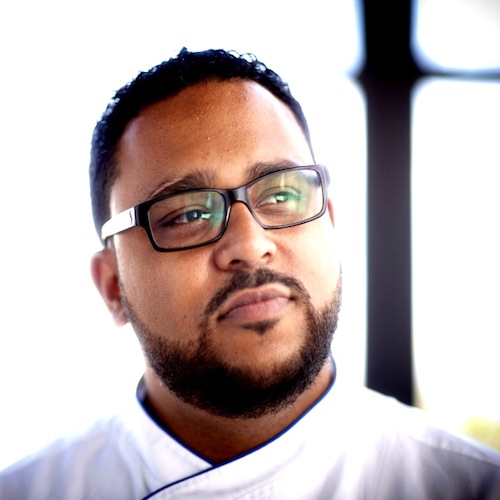 After winning Top Chef: Season 7 (and being the first African American to do so), Chef Sbraga opened the doors to his eponymous restaurant in October of 2011. With menus that focus on pairing the most flavorful ingredients available with the perfect beverages, Sbraga restaurant delights its guests with an ever-changing array of taste experiences. “I learned on Top Chef that you can’t always play by the rules, and no matter what, you’ve got to cook from the heart and cook what’s good,” he says. “That’s what I’m doing now at Sbraga and what I hope to accomplish with any other concepts I open in the future.” Hailing from Willingboro, New Jersey, he lives there with his wife, who is also his pastry chef, and their two children.

I was inspired by the late Patrick Clark, Marcus Samuelsson and Kenny Gilbert.

I don't think African American's are drawn to it or attracted to it. It takes a very long time to get to the top and that is one thing that ALL young chefs forget about.

I think it starts with young people themselves. They have to have a passion for it, be committed to it, and be willing to do whatever it takes to get to the top. There are a lot of obstacles to overcome.

Chef Kevin Sbraga is one of 15 culinary insiders that we interviewed as part of a special feature on Black chefs. We identified four themes that surfaced across many of their responses and in our research. Did you notice any? Select a theme to learn more.