In the spring of 1963, activists in Birmingham, Alabama launched one of the most influential campaigns of the Civil Rights Movement: Project C, better known as The Birmingham Campaign. It would be the beginning of a series of lunch counter sit-ins, marches on City Hall and boycotts on downtown merchants to protest segregation laws in the city.

Over the next couple months, the peaceful demonstrations would be met with violent attacks using high-pressure fire hoses and police dogs on men, women and children alike -- producing some of the most iconic and troubling images of the Civil Rights Movement. President John F. Kennedy would later say, "The events in Birmingham... have so increased the cries for equality that no city or state or legislative body can prudently choose to ignore them." It is considered one of the major turning points in the Civil Rights Movement and the "beginning of the end" of a centuries-long struggle for freedom.

Revisit the Birmingham Campaign through photos, music and clips from Eyes on the Prize.

An Ugly Situation in Birmingham, 1963

President Kennedy responds to the violence in Birmingham.

Birmingham and the Children’s March
Fifty years ago, they braved police dogs and fire hoses to march against segregation. From Religion & Ethics NewsWeekly. 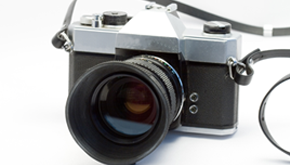 Behind Images of The Movement

Charles Moore was one of the photographers who helped enlighten the nation to the civil rights struggles of the 1950s and ‘60s through his work.

The Birmingham Campaign ended with a victory in May of 1963 when local officials agreed to remove "White Only" and "Black Only" signs from restrooms and drinking fountains in downtown Birmingham; desegregate lunch counters; deploy a "Negro job improvement plan"; release jailed demonstrators; and create a biracial committee to monitor the agreement. Desegregation would take place slowly over the next few months coupled with violent attacks from angry segregationists, including the bombing of the Sixteenth Street Baptist Church that killed four young girls. Learn more about some of the events that followed the campaign and the city's continued push for integration.

The Barber of Birmingham: Integrating the Schools

Armstrong and his son remember the historic moment when schools were no longer segregated.

The Barber of Birmingham: The Worst Thing a Man Can Do

"The worst thing a man can do is nothing." 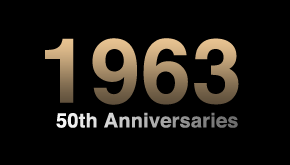 The year 1963 was a defining moment for the Civil Rights Movement. Test your knowledge of this important time in American history.