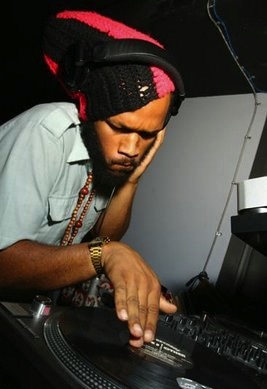 "I feel as though when we get into another level of consciousness as people we won’t need as many lyrics to define or shape our lives." - DJ Underdog

DJ Underdog is known throughout the D.C. Metropolitan area for his multi-faceted mixes that jam party dancefloors.

| Listen to DJ Underdog on Soundcloud     |Back to the Feature

Can you remember the first Hip-Hop song you ever heard, and what feelings it inspired in you?

DJ Underdog: KRS-One “My Philosophy.” I remember that video very clearly and saying “This is Hip-Hop”…it takes me back to an era when things were normal so to speak.

Who were the artists whose career and work has been a source of inspiration to you?

DJ Underdog:I want to say to say Madlib truthfully. His music has transcended different eras and counties. I mean it’s relatively ‘90s, but I feel like I grew with Madlib from his inception throughout his career. It's production over lyrics to me....even Mos Def, we've seen Mos Def mature from street freestyle... to the Stilla-MC, who is still holding a torch...I would say Mos Def and Madlib. Those two really transcended so many eras and hold so much knowledge of the culture from the '80s and so forth, and are still relevant. When Madlib puts something out it’s like “Oh, get that new Madlib.” When Mos puts something out or does a concert it sells out.

What do you consider some of the most influential contributions made to Hip-Hop in the past 40 years?

DJ Underdog:The most influential contribution—I think to get minorities into business, into learning business and being consistent, and, for lack of a better word: hustling. Hustling, being consistent, and giving people the ability to keep pushing their art. Cause there’s potential in that. And also not just rhyming or production but there are things like graphic design or accounting even that shape the music, so I appreciate Hip-Hop for giving everybody another angle to get jobs. When you need motivation, what do you? What do you listen to sometimes? You listen to Hip-Hop sometimes. I mean, especially Jay-Z, Jay-Z used to make me want to hustle and work hard. I used to hate Jay-Z back in the day but in retrospect it’s like “Wow.” Dealing with the streets, coming out of the streets into the industry, that whole passing Wall Street and getting into their tax brackets, you know you can still go to school and still have an art. I feel the spirit of hard work is the one thing.

Where do you see Hip-Hop evolving in the next 40 years given its current direction?

DJ Underdog: I see production going a lot further over lyrical content, especially when brothers like J.D. are pushing beats over rhymes. I feel as though when we get into another level of consciousness as people we won’t need as many lyrics to define or shape our lives. I feel like production can take it there and give us that same feeling that lyrics used to. I feel like production will get us further especially across the world; in the U.K. production is seen as the Holy Grail sometimes over lyrics. And stories, you can only tell so many stories. I think production will keep Hip-Hop going further…

What do you consider your greatest contribution to Hip-Hop?

DJ Underdog: I think my contribution is keeping things relevant, with relevant events….keeping the youthfulness of it you know—I’m not old by far, but I see a lot of people my age get stuck in their habits. They’re just stuck…I feel like I offer consistent events with relevant content.