Owens became known not only for his athletic triumphs, but for his epic embrace with Aryan German competitor Luz Long and for the social barriers he broke down in the face of Hitler's Nazi regime. 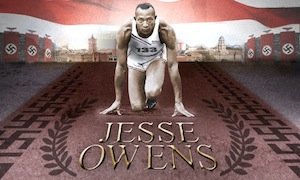 American Experience brings to you the story of the 22-year-old Olympic champion sprinter, who infuriated the Nazis and captivated the world with his triumph at the 1936 Berlin Olympics. Although Jesse Owen was a four time Olympic gold medalist and record-breaker, he returned home to a United States where he couldn't even ride the front of a bus. This is the story of the son of a sharecropper who acheived not only athletic greatness, but showed bravery and courage in the wake of adversity as he not only faces "Aryan supremacy" abroad, but racism at home.

Watch a preview of Jesse Owens below.

Jesse Owens Preview
His stunning triumph at the 1936 Olympics captivated the world and infuriated the Nazis.