"He is still influencing generations to come." — Tracy Morgan 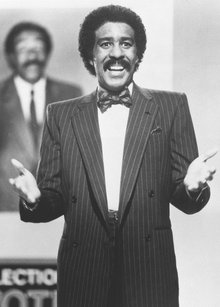 In the midst of growing racial tension in the 1960s, comedian Richard Pryor began limiting his self-expression to comedy that didn’t touch on religion, politics or race relations. This burden of pretending to be cut from the same non-controversial comedic cloth as Bill Cosby proved too great, and in 1967 he walked off stage in Las Vegas in front of a sold-out crowd without performing.

When Richard Pryor finally returned to the stage two years later after a sabbatical in Berkley, California, he was not the same comic nor man. He was more honest than ever with himself — and the audience — and the laughs he drew: even bigger. And as unimaginable as his exit was in 1967, so was his rise the next decade when he became not just a genius comic but a major film star.

Richard Pryor’s impact on the craft of comedy and today’s top comics is legendary and unrivaled. This program surveys the profound and enduring influence of one of the greatest American comics of all time.

Watch below and visit the Richard Pryor: Icon website for more information about the program.