“Hello Tavis, I have to say that today, I felt that there may actually be the light at the end of economic tunnel. I watch nearly every episode of your program…I was overjoyed to actually hear someone come up with strategies and ideas on how to get us out this mess. Thank you.” - Journalist-producer Hedrick Smith, to Tavis Smiley 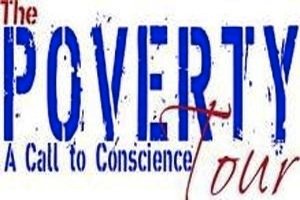 Watch a preview of The Poverty Tour below.

The Poverty Tour Preview
“The Poverty Tour: A Call to Conscience” was the focus of an 11-state poverty bus tour across the United States to understand why nearly 1 in 6 Americans are living in poverty.

In I Had Everything Tavis talks with Vicki B Escarra, CEO of Feeding America.

Tonight's discussion on poverty, "No Room at the Inn", focuses on the housing crisis.