The Old Man and the Storm

The story of one family’s spirit and determination to rebuild their lives in post-Katrina New Orleans. 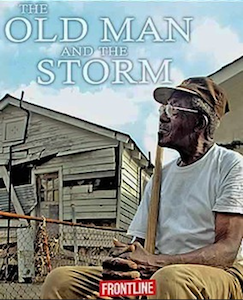 FRONTLINE correspondent and filmmaker June Cross journeys with the Gettridge family of New Orleans for 18 months as they endure devastation, political turmoil and a painstakingly slow bureaucratic process to rebuild their homes and their lives. While it seemed that the unprecedented $126.4 billion appropriated by Congress for relief would sufficiently rebuild New Orleans, much of the money committed to its residents had yet to reach them years later. In June 2008, nearly three years after Katrina, Herbert Gettridge brought his wife home to New Orleans. By the sheer force of will and without the hundreds of millions of dollars promised to Louisiana, her husband had managed to rebuild their home of more than 65 years. But the Gettridge home remains a lonely monument.